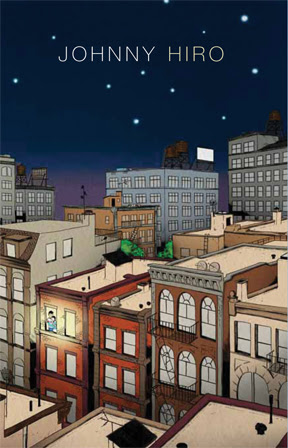 Fred Chao, professional artist and illustrator, and author of Johnny Hiro stopped by our school today to talk with students about what it takes to be an artist.  He touched on themes of perseverance, taking risks, and putting yourself out there.  He spoke about how so many diverse endeavors (writing, drawing, painting, sketching theater acting, magazine design) contribute to his comic creation ability. It was interesting to hear him mention that his education did not do enough to prepare him with the marketing and promotional skills he would need to be successful.

One of the points that I hope students take away is the importance of updating a blog as a way of keeping people in the know about what you are working on, and having an online portfolio of your work to be able to show people.
Posted by pgreensoup at 10:13 PM No comments:

As an experiment, we mixed a combustive concoction of eight groups of motivated students working on IB Group IV Science projects, eight adult supervisors, one large nature reserve (Divoka Sarka in Prague) two days of incredible weather, numerous science and technology tools, Google maps, and generous portions of communication, collaboration, and creativity opportunities that resulted in a learning that exceeded our expectations.  Below are my reflections on two tremendous days of thinking and learning.


Collaboration: The IB Group IV project is all about personal skills and how students are able to work in a group, look at themselves as learners and reflect on their strengths and weaknesses. I was fortunate enough to be assigned my own group of students to supervise and was able to watch them work through  a number of obstacles throughout the project.  Over and over again I was reminded about the importance of group work, collaboration skills and the power of many minds working together on the same problem. I really was amazed by the students, their maturity, their ability to look at any problem from multiple angles and to defer to each other when neccesary.  It got me thinking about how we really should have higher expectations for groups than we do for individuals.

Collaboration Continued: It is appropriate that the two days were planned not by one teacher, but by a group of teachers.  It would not have been nearly as smooth, powerful or well-organized,  had one person been tasked with developing the project on their own, but rather it was put together by a group of teachers each with different strengths.  There really isn't anything that is more satisfying to me professionally than working on a team of educators devoted to providing a unique and authentic learning experience for students.  The plan truly was a collaborative effort by a number of teachers who brought various  and diverse viewpoints and ideas to the table.  In the end the group was able to refine the program to the point that, even it its first year, it was extremely successful.  Again, the power of groups over individuals was made clearer to me.  I just wish our education system valued collaboration more and am reminded that we must all push for more opportunities to work side by side, sharing and learning with and from our colleagues.

Not Over Rubricised (or Teacher as Shoulder Shrugger): One thing that I really liked about the Group IV project is that it isn't over rubricised.  The students were only graded on three criteria (none of which had anything to do with content by the way).  There was a theme (Preserving the Natural Heritage of Divoka Sarka in the Czech Republic), and we did set some general parameters for their presentations such as: data must be displayed in a Google Map and there should be a video detailing your data collection method.  Other than that, students had to come up with a hypothesis, research question, data collection method, google map, and presentation.  Of course there were many times throughout the project that a student would turn to me and ask a question about what I thought of one of their ideas.  I just shrugged my shoulders.  At first they hated this, and seemed to not know what to do next, but eventually they would just turn back to each other and share ideas or otherwise work towards a group consensus.  They got better and better at it. From this experience I was reminded how much students grow to depend on our instructions - how to format, how to turn it in, where to put the staple, to use blue or black ink or pencil, double space or single space, on and on.  Teachers often have so many rules on assignments  that students get so caught up in following them they don't use their creativity.  I loved how much this project brought out student creativity.  I loved standing back, letting the students flail, fail and then sort it out.  And they always did sort it out.  In fact, even when I wanted to intervene, and get them going in the right direction, they'd eventually figure it out and end up doing something that was even better than what I had in mind.

Problem Solving: During John Davitt's recent visit, he and I talked about how amazing it is to watch students come up with solutions and choices of tools to solve problems when we don't show them how to do it our way.  In this project,  just like we didn't over rubricise it, we didn't give student instructions on how to do everything.  We left it up to them.  We figured they could bring their own still cameras, video cameras, downloading cords and the like.  Again they amazed me.  They did bring their own cameras, but they mostly used phones, because they could just upload the photos directly to Flickr or Picasa and share them to the map -  all wirelessly.  Two tools that really took me by surprise were Skype and an iPad.  One group included a girl who had recently injured her leg and was confined to a wheel chair and unable to join us in the forest.  Later we learned that the students used the unfortunate injury to their advantage.  They were Skyping GPS coordinates and other data back to the injured student who was hard at work plotting it all on the Google Map.  Again, I was reminded how creative students can be when left alone to choose their own method for solving a problem.

Students teaching Students: There were numerous opportunities for students to solve authentic problems that cropped up.  And often part of the problem solving would require that one student with specific knowledge or skills teach another student.  One student wanted to display two different graphs superimposed one over the other.  Of course this could have been done a number of ways, but in this instance one student taught another student how to use Photoshop to complete the task.  I also witnessed students teaching each other to use Quicktime, Picassa, Flickr, Excel, and of course Google Maps.  It was exciting and rewarding to see different students taking the lead and assisting others when they had the expertise necessary.

Unplanned, but Powerful Learnings: Perhaps the biggest take away for me was this idea that there was an immense amount of learning that was not planned by the teacher.  I was reminded just how powerful open-ended, authentic, inquiry based learning can be.

Student Choice/ownership: One thing that I heard the supervisors talking about was their surprise at how the students stayed motivated throughout the entire process.  I personally felt that the students actually gained momentum and that the motivation increased as time went on.  I can only assume that this was because the research questions, the process and the end product were all student owned.  The buy-in was amazing and they all had pride in what they were producing.  I'm reminded to try to incorporate as much student choice into assessments as possible.

Non-Traditional Classroom: Another key ingredient that helped to make this project such a success was the venue.  We were fortunate to be able to use a picturesque nature reserve on two beautiful days.  Being outside, and learning in a non-traditional setting definitely added a uniqueness factor that increased motivation.  But this got me thinking about the frequency of projects such as this one and how difficult they are to work into our traditional school day schedule.  Many schools try to incorporate a "classroom without walls" atmosphere through field trips, or designated two-day to week long programs, but they are often one offs that don't tie that closely to the curriculum.  Schools should be looking at flexible scheduling that would allow for more alternative, non-traditional teaching opportunities.   As one student reflected, "If we started every day of school out in the forest we'd be so much more enthusiastic about learning."

This is a conglomeration of maps from all 8 teams. View Group IV CONSOLIDATED Map 2011 in a larger map

Copyright: Holding to a Higher Standard 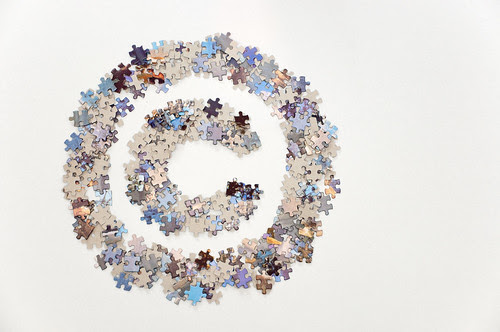 Copyright is black and white...or grey, depending on who you are and if you are creating or consuming at the time of the discussion.  Toss the concept of "fair use" into the mix and things get more confusing.  Add in the facts that many countries have differing laws and not everyone is a part of the Berne Convention (but many are) and that most of us humans don't really understand lawyer-speak, and things get murkier still.  Coming up with a copyright "policy" in a school is difficult.  Even more difficult when you realize that the students you teach (especially in international schools) are going to be global citizens and since you don't know what country they will live and work in, you can't really base your teaching on the laws of any particular country.  So, what to do?

Classroom Management in the Digital Age

All Comments
Tweets by pgreensoup